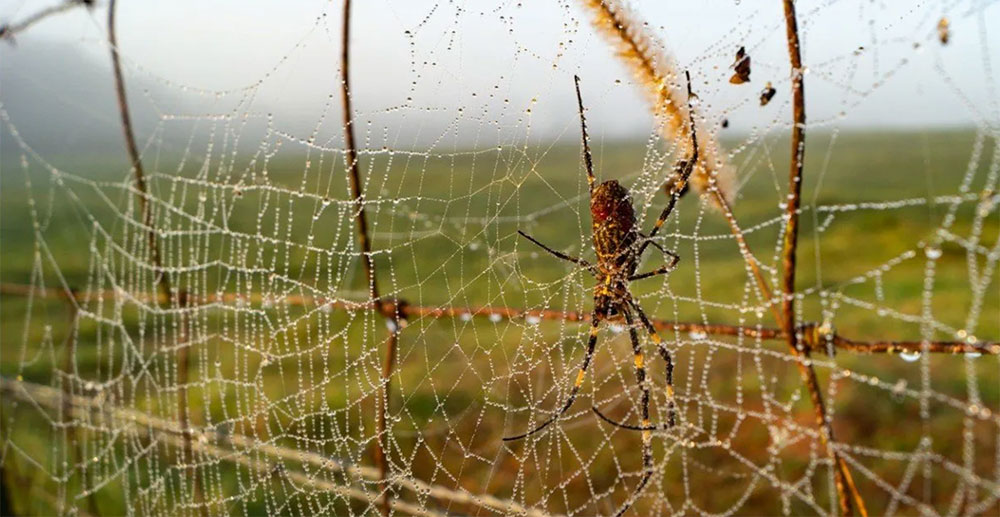 What is a Joro Spider?

A Joro spider is an invasive species that is native to Asia. The first Joro spider was spotted in the US in 2013 in Hoschton Georgia, just outside of Atlanta. It is believed that these spiders arrived by shipping crates from Japan or China.

They are large spiders spanning up to 3 inches across when their legs are fully extended. A fully grown Joro spider can reach the size of an adult human’s palm. They have a banana-like coloration. They are black with thick yellow markings and very distinctive red markings on its underbelly. 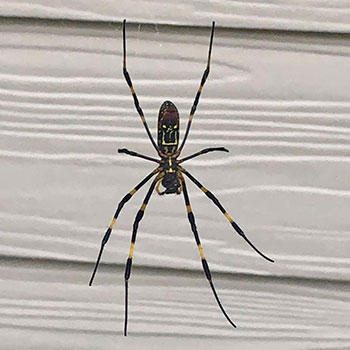 Joro spiders can be beneficial to have as they tend to feed on mosquitoes, biting flies, and brown marmorated stink bugs. These spiders have three dimensional webs that can be as deep as 3 meters. The Joro spider is venomous. However, it is not harmful to humans or pets. These spiders tend to thrive in warmer climates, but they are more prominent in the fall season due to mating.

Though similar in color, the Banana spider, or also known as the writing spider, or yellow garden spider, is very different then the Joro spider. The Banana spider is identifiable by its long lanky legs, brown or yellowish hue, and its web.

A Banana spider's web has a zig zag pattern in the middle which is where the name “writing spider” comes from. Banana spiders to not usually bite humans unless they are being provoked. It has been reported that their bites feel like bee stings. They are not harmful to people or pets. 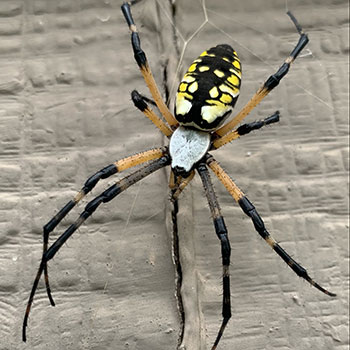 A Banana spider’s body is between 0.9-1.2 inches in length for females and 0.5-0.9 centimeters for the males. They have strong webs that can reach up to 2 feet. You will most likely see a Banana spider hanging out in your gardens, bushes, and shrubbery.

Like the Joro, the Banana spider can also be beneficial to keep around as they eat mosquitoes, wasps, flies, moths, and other flying insects.

As we enter the fall and winter months, more and more spiders and pests will start making their presence known. Give Prime Pest Solutions a call and let us take care of your pest control needs!