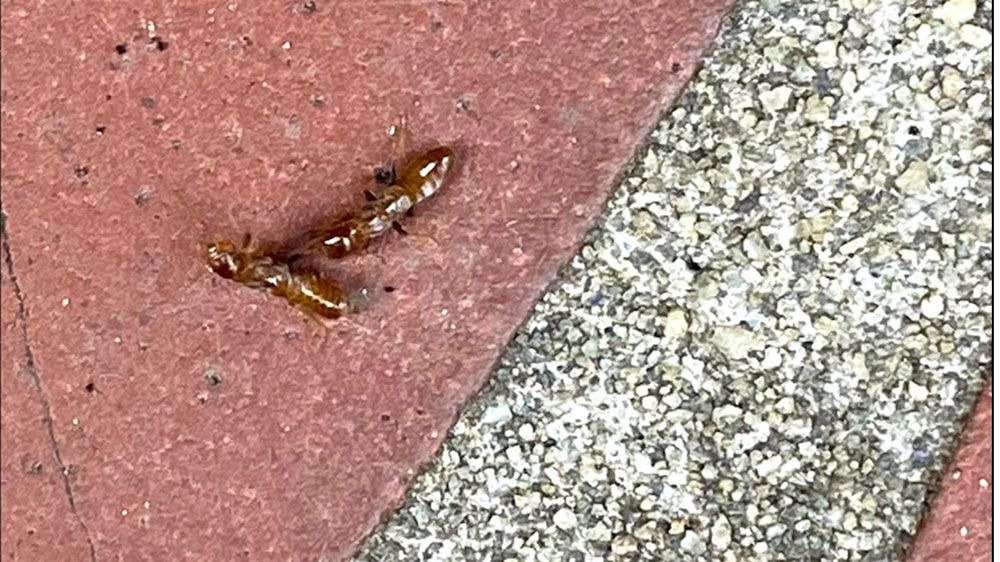 Southeastern subterranean termites, commonly known as Eastern termites, can be found in the eastern states ranging from New England to Florida to Texas. They have a scientific name of Reticulitermes Flavipes and are the most common type of termite.

There are three castes that make up their colony, which include workers, soldiers, and reproducers. The workers perform most of the efforts needed for colony maintenance as well as feeding the reproductives and soldiers.

Workers also construct the mud tubes that allow them to move from soil to above ground for feeding needs. Workers resemble white cream-colored ants, while soldiers have a rectangular shaped head with large mouth parts.

Soldiers have a very different role than that of the workers. Soldiers do not eat the wood but instead protect the ones that do. They will communicate danger to the others by banging their heads against tunnel walls creating vibrations. Soldiers also assist in repairing damaged tunnels and helping start new ones.

How do I know if I have termites? 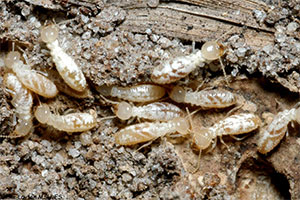 Eastern subterranean termites have a dark-brown or black body and are around 1/3 of an inch long. There are many warning signs that you may have active termites. Most common signs would be wood damage, the presence of mud tubes, and evidence of swarmers.

Mud tubes are easily identified as you can find them in crawlspaces, basements, and other areas of the home. Swarming termites are dark brown in color and have wings, while workers do not.

You can also tell by the wood damage if you have termites. Damaged wood caused by termites is honeycombed in appearance with layered hollow sections of the wood packed with mud and partially digested wood.

With termite season right around the corner, you don’t want to waste any time to have your home inspected. Call Prime Pest Solutions and schedule your FREE termite inspection today!!